Showing posts from February, 2010
Show all

SO MUCH FOR GLOBAL WARMING... 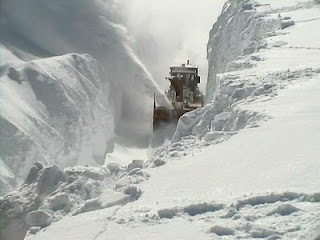 After noting the record setting cold temperatures and snowstorms in many areas this winter, I say: "so much for 'Global Warming'; it looks more like global freezing! And there have been record rainfalls, too! Then I found the following article (not the only one of its kind) on The Berean Call website: The Worst Scientific Scandal of Our Time Climate change: this is the worst scientific scandal of our generation [Excerpts] By Christopher Booker A week after my colleague James Delingpole , on his Telegraph blog, coined the term "Climategate" to describe the scandal revealed by the leaked emails from the University of East Anglia's Climatic Research Unit, Google was showing that the word now appears across the internet more than nine million times. But in all these acres of electronic coverage, one hugely relevant point about these thousands of d
Read more
More posts