THE URGENCY OF THE TIME 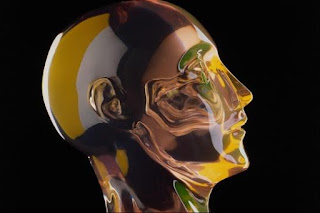 This is a time of humanism, instability, wear and false prophets and Christs. The rejection of God's rule which started for man in the Garden of Eden seems to be reaching a frenzied pitch. Man is determined to prove that he can rule the world in an orderly, meaningful way without God. He asserts that the ultimate purpose of everything is the glory and exaltation of man. His man-centered mania not only makes him refuse to submit to the rule of God but also renders him incapable of submitting (Rom. 8:7).
Because man rejects the rule of God, his pride drives him to do things opposite to what God has ordained. God ordained capital punishment for murderers, but man tries to abolish it. God regards human life as being valuable because He created it in His image, but man destroys it by the millions through abortion. God instituted marriage and ordained that it be permanent, but man divorces and suggests that marriage be abolished. God demands justice in society with the protection of the innocent and the punishment of the criminal, but man pampers the criminal at the expense of the innocent. God ordained the family as the nurturing place of future generations, but man proposes that government replace the family. God declares that the fear of the Lord is the starting point of wisdom, but man forbids any reference to God in the classroom. God instituted moral absolutes to govern man, but man says that Utopia can come only through the rejection of those absolutes. God ordained distinctive appearances and roles for the sexes, but man tries to obliterate those distinctions. God instituted sex to be used within the bonds of male-female marriage, but man perverts sex through pornography, fornication, adultery and homosexuality. God mad man to have true meaning and purpose of life only in Him, but man tries to find meaning in drugs, alcohol, the occult, materialism, philosophy, astrology, cults, transcendental meditation, fame and power.
Man has his false prophets and Christs to encourage him in his rebellious attempt at self-rule. These deceivers tell man that he is good and perfectible by nature. They teach that through the process of evolution man is moving toward divinity. Some so-called theologians declare that in order to have Utopia man must acclaim himself and the great humanity divine. Others state that the true gospel is the good news that man is deified. Having willfully rejected the truth about God, man is worshiping and serving himself rather than his Creator.
Ironically, the more man tries to establish Utopia through self-rule, the more his situation worsens. Instead of ruling the world in an orderly, meaningful way, he brings disorder, instability and chaos. Man pollutes his environment. His world is shaken by wars and threats of wars. His streets are filled with violence and crime. His economy becomes uncontrollable. He is gripped with the fear of total annihilation by his own doomsday weapons. he bruises the very institutions which have given society stability, order and direction. He is haunted by the prospect of death and the feat that life has no ultimate purpose or meaning.
Man reels from one crisis to another. The more he insists on going his own way, the more he batters and bloodies himself. However, instead of admitting that his rebellion against God is the cause of his problem, man stubbornly stands unbowed before the Lord of the universe. The more intense his predicament, the more entrenched is man's determination to prove that he can rule the world without God. Such firm resolve together with the worsening world situation makes man susceptible to the claims of an ultimate man - a man who opposes God, who seems to have the ability necessary to solve the world's problems and to rule the world well without God, a man who claims to have attained deity and has supernatural powers which appear to support that claim, a man who eventually demands total devotion from the human race and is the ultimate expression of absolute dictatorship and ruthless self-rule.
Man is enslaved already by his man-centered mania, but his acceptance of the claims and rule of an ultimate man will trap him in the pinnacle of slavery. Ironically, man's greatest effort to rid himself of the rule of God will not produce the freedom that he desires. Instead it will enslave him in the most fiendish, oppressive form of bondage. Rather than moving toward Utopia, man is hurtling toward the most horrible time of tribulation in world history. In light of the worsening world situation and man's growing susceptibility to the slavery of an ultimate man, there is an urgency about the present time. Man desperately  needs to change his course by recognizing the root of his predicament - his rejection of the rule of God in favor of self-rule. If there were ever a time when man needed to be confronted with the sovereign rule of God and the serious consequences of rejecting that rule, the time is now.
from the introduction to his book: The Most High God, published by Friends of Israel
consequences of rejecting God humanism self-rule