Reblogged from the PsychoHeresy Awareness Letter, November-December 2016, Vol. 24, No.6,   https://pamweb.org/ 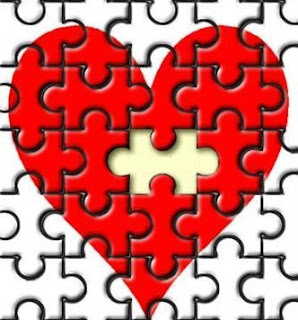 Love Sins: The Reality of Love Versus Modern Romanticism

Currently the way to victory in any controversy is to present one’s own stance as loving, while disposing of the opposite view as hate speech. Though she is hardly famous for her benevolence, even Hillary Clinton commends herself as one aligned with the forces of love over against those of hate.

The issue of homosexuality among the clergy has been cast in the same terms, as United Methodists debated the issue during their General Conference recently. Lynne Alley-Grant, the pastor of Timberlake United Methodist Church in Lynchburg, campaigned for the endorsement of gay clergy with the argument that “we are in the loving business, not the judging business…. The church is a place supposedly of love and acceptance.” Her argument rests on a widespread ideology of love and sexuality that many have not looked at very closely — one which lacks any real Christian pedigree.

This ideology dates from the advent of Romanticism, which elevated sexual love to a very high status, linking it to self-fulfillment and transcendent experience. In opposition to that mindset, traditional Christians have joined many others before them to resist the open, free expression of all forms of sexuality as a serious danger to human society. The classical scholar Bruce Thornton concludes that the ancient Greeks had an “overwhelmingly dark view of sexuality,” adding that “our own Romantic-inspired idealizations of sexuality as a force of personal liberation and self-fulfillment would strike most Greeks as a dangerous folly and delusion.” We can see an instance of their fears in the well-known story of Helen, a daughter of Aphrodite, in which the city of Troy was laid waste as the consequence of illicit sexual passion.

Very sensibly, the pre-Christian Greeks believed that sex needed to be controlled in various social institutions. Rejecting such wisdom, we moderns “continue to cling to shopworn Romanticism that idealizes sexual passion and justifies abandoning the time-honored social controls — marriage and chastity, guilt and shame — that once helped to prevent sexual excesses from destroying American society,” in Thornton’s verdict.

Thanks largely to the influences of psychotherapism and political correctness, the outlook of Romanticism has been revived and injected with new life. In particular, humanistic psychologists such as Abraham Maslow spread the idealistic, utopian concept of “unconditional love,” which includes “unconditional acceptance.” Naturally, they also promoted sexual expression unbounded by any sort of traditional ethical norms, helping to pave the way for the sexual revolution of the sixties and seventies. The fallout of that movement is still with us today in the form of an increased incidence of STDs, divorce, and child abandonment.

Until recently Christianity has not promoted a Romantic concept of love. Instead, Christians trusted in divine love and gracious acceptance through faith, based on the merits and sacrifice of Christ. Their deity was not an indulgent God who turns a blind eye to evil. From the time of Augustine of Hippo to that of the Baptist preacher Charles Spurgeon in the nineteenth century, many of them called this divine benevolence “holy love,” characterized by moral purity.

The founder of many of the first Methodist churches, John Wesley also held very strongly to the same inseparable connection between moral sanctification and Christian love. Concerning the popular corruptions of his own age, he once famously quipped, “Vice does not lose its character by becoming fashionable.”

While “unconditional love” sounds a lot like grace, it is really entitlement. It obliges people to accept others no matter what they do. Those who fail to do so can be accused of neglect or abuse. In their naïve failure to acknowledge evil human proclivities, humanistic psychologists maintained that children who always receive such unconditional love and acceptance grow up happy and whole. The reality is the opposite. They grow up spoiled, with their parents liable to emotional blackmail. In the wider world, this thinking gives rise to the widespread phenomenon of the “cry bully,” who demands things from others on the grounds of putative victimhood. So the concept of unconditional love provides an open-ended basis for blame and manipulation, since everyone can claim that they do not get enough such love. After all, who enjoys unconditional love all the time?

Since many in contemporary church bodies have exchanged their historic belief in a holy God who actually punishes sins for one of unconditional love and acceptance, it is not surprising that many in those churches are now also coming to embrace the fashionable morality of the day in regard to sexuality. Likewise, in the minds of many, heaven now features a deity of “unconditional acceptance,” encountered by at least one heaven-tourism travel writer in his journey to heaven. Of course, the creation of hell would be unthinkable to such a deity. When large denominations like the United Methodists have nothing more to offer the modern world than that world’s own problematic concept of love, one has to wonder why they even bother to exist. At one time, it was better understood that real Christian love comes from the supernatural operation of divine power in sinful hearts, not conformity to the trends of the times.

Bruce W. Davidson is a professor at Hokusei Gakuen University in Sapporo, Japan, and a board member of the Jonathan Edwards Center, Japan.

https://pamweb.org/    This website offers free Ebooks on the subjects of psychology and counseling. We encourage you to visit it!