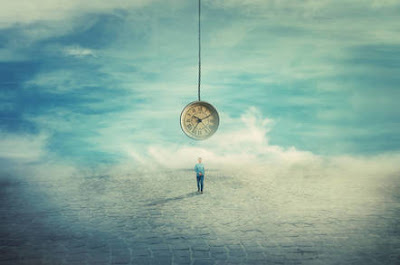 
“Wherein ye greatly rejoice, though now for a season, if need be, ye are in heaviness through manifold temptations” (1 Pet. 1:6).

How long will this pandemic last?  Some health authorities indicate that from the time the first case is detected it will be 12 weeks till the height of the crisis is reached, and from there the effects could last up to two years.
Although this pandemic affects the entire world and is not directed particularly at God’s people, it is still a trial of faith for every believer.  For example, we are told that in the days of the Roman emperor Claudius there was a great famine in all the territory dominated by Rome. This affected even the church in Judea and mobilized the brethren in Antioch to send relief (Acts 11:28-30).
Peter speaks of the trials of God’s people as lasting “for a season,” which means “briefly.” But God’s idea of brief is different from ours. This expression is used by the Spirit of God to refer to the short time of rest that the Lord gave His disciples, “rest a while” (Mk. 6:31). It appears in Luke 5:3 in this way, “...thrust out a little from the land.”
Thus the expression, “for a season,” in 1 Peter 1:6 does not indicate a specific time, but expresses the brevity of the time of trial in comparison with the grace that will come to us (1 Pet. 1:10). Later in the same epistle, Peter speaks similarly of the sufferings for “a while” that the church would suffer under the emperor Nero. “But the God of all grace, who hath called us unto his eternal glory by Christ Jesus, after that ye have suffered a while, make you perfect, stablish, strengthen, settle you” (1 Pet. 5:10). We should regard all suffering as nothing compared to the eternal glory that awaits us.
Paul assures us likewise concerning the tribulations that come in the believer’s life, and they will come for we are not exempt from trials. “For our light affliction, which is but for a moment, worketh for us a far more exceeding and eternal weight of glory” (2 Cor. 4:17).
How long did Noah’s time in the ark last? No less that 370 days, and only 8 souls were saved out of a world population of likely several millions. How long did the trials and suffering of Job last? We cannot be sure, but some estimate no less than three months. James in his epistle invites us to consider and imitate Job’s patience “unto the coming of the Lord” (Jas. 5:7, 11).  How long did Nebuchadnezzar’s siege of Jerusalem last? 2 Kings 25:1-3 tells us that it was a year, two months and twenty days. Jeremiah, who was with the people of Jerusalem during it all, narrates that terrible siege in the book of Lamentations. How long did Saul’s persecution of David last? Apparently there were ten years of suffering and anguish, and during those times David wrote some of the most precious psalms that strengthen our faith. How long was Paul incarcerated? He was in five prisons during his life as a servant of the Lord, which altogether possibly came to about three years. During that time he wrote five epistles that are key to the Christian faith. He evangelized and won to the Lord soldiers and key persons in Caesar’s household, as well as the fugitive slave Onesimus. Through his testimony in prison he was instrumental in the salvation of the Phillippian jailor and his family. All of this important service took place from prisons.
All these experiences and many others are presented to us in Scripture as “brief” and “momentary” compared to eternity with our glorious Lord and Savior. Brethren, let us neither lose hope but trust in the Lord as He works out His eternal purposes. “Why art thou cast down, O my soul? and why art thou disquieted in me? hope thou in God: for I shall yet praise him for the help of his countenance” (Psa. 42:5).
pandemic patience time trial virus wait