IS IT RIGHT FOR CHRISTIANS TO PROTEST AGAINST GOVERNMENTS? 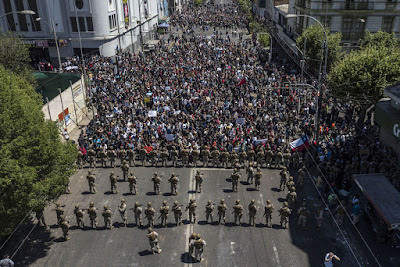 
"The NT provides clear instruction for believers in their attitude to imperial and civil authorities in Rom 13:1-6; 1 Pet 2:13-17; Titus 3:1. This passage takes the matter further. The men who comprise such authorities often are the object of hatred. In the NT period these men were frequently the originators, and the administrators, of edicts against the believers. In the days immediately subsequent to this epistle the believers were living in mortal fear of the magisterial powers of local administrators. The answer did not lie in rebellion or civil rights protests but in prayer for the salvation of the men. The words of the Lord Jesus were certainly applicable: 'Pray for them which despitefully use you, and persecute you' (Matt 5:44). For the names of such men to be publicly mentioned in prayer would be a testimony to the supernatural grace in the hearts of the believers.
"It is an interesting fact that the records of history show that Jewish believers took no part in the rebellion that lead to the destruction of Jerusalem in AD 70, and in general, down the ages, NT truth in respect of the civil administration has preserved the saints from anti-state activities. It is only when the state begins to interfere with obedience to the word of God that conflict arises and the principle enunciated by Peter in Acts 5:29 has to be faced, "We ought to obey God rather than men". "State churches" and "anti-state" churches are both totally foreign to Scripture; believers as individuals are expected to obey the civil authorities as far as their obedience to the word of God will allow.
"Saints may not like a communist regime but they have no mandate to take up arms against it; they may not approve of apartheid, but they are not scripturally justified in fomenting rebellion against it. The believers pray for communists and capitalists, for black and white, as individuals who need salvation. God changes man and institutions change. The non-carnal weapons of the believers have just been listed, i.e. supplications, prayers, intercessions and giving of thanks, and these, exercised before the throne of God, carry power beyond that of either ballot box or gun".