SHOULD MATTHEW 6:19 BE TAKEN LITERALLY?

"Lay not up for yourselves treasure on earth," taught the Lord. Did He mean it literally? Many would argue against it, probably for personal rather than exegetical or theological reasons. They want to keep their treasures and comforts! Some would seek to exempt themselves because they have a family, but A. N. Groves was married and had a family. 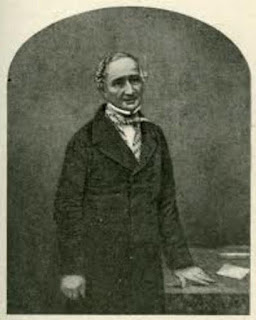 In 1825 Anthony Norris Groves, a wealthy Christian dentist in England, wrote Christian Devotedness for the purpose of encouraging believers to take Matthew  6:19 literally and to trust the heavenly Father for their future. Being convinced himself of the Lord's command, he forsook all and left for Baghdad in 1829 to reach the heathen for Christ. Here is an excerpt from his book, which isn't exactly a "best-seller" among Christians.

BUT DID THE LORD INTEND THAT WE SHOULD TAKE THIS COMMAND LITERALLY?

To all arguments drawn from passages of this description, the usual answer is that the exhortations contained in them are not to be taken literally.  but are to be considered merely as loose general statements, strongly, only in appearance absolutely, made with a view of producing greater effect.  In endeavoring, therefore, to ascertain their true meaning, let us examine the evidence supplied by the remarks and conduct of our blessed Lord and His apostles, in those cases which bear upon the point in question.

THE CASE OF THE RICH YOUNG MAN SHOWS THAT CHRIST’S TEACHING AGAINST LAYING UP TREASURE WAS LITERAL.

When the young man came to inquire what good thing he should do to inherit eternal life, our Lord first mentions several duties, then says:

“Yet lackest thou one thing: sell all that thou hast, and distribute to the poor, and thou shalt have treasure in heaven: and come, follow me.  And when he heard this, he was very sorrowful, for he was very rich.  And when Jesus saw that he was very sorrowful, He said, ‘How hardly shall they that have riches enter into the Kingdom of God!  For it is easier for a camel to go through a needle’s eye than for a rich man to enter into the Kingdom of God.’ And they that heard it said, ‘Who then can be saved?’ And He said, “The things that are impossible with men are possible with God.’ Then Peter said: ‘Lo, we have left all and followed Thee.’ And He said unto them, ‘Verily I say unto you, there is no man that hath left house, or parents, or brethren, or wife, or children, for the Kingdom of God’ sake, who shall not receive manifold more in this present time, and in the world to come life everlasting’” (Lk. 18:22-30).

This, then, is the judgment of Him in whom we believe to be hid “all the treasures of wisdom and knowledge,” who “knew what was in man,” who was acquainted with all the secret influences by which his heart is governed.  Shall we, in opposition to His solemnly recorded judgment (that “it is easier for a camel to go through the eye of a needle than for those who have riches to enter into the Kingdom of God”), strive by the amassing of wealth to stop our own heavenward course, as well as that of those dear little ones whom our heavenly Father may have committed to our peculiar and tender care?  It should not cause us anxiety to contemplate the circumstance (I shall not say the misfortune) of dying and leaving our families to struggle with many seeming difficulties in this world, if obedience to the divine commands bring us and them into such a situation.  Our faith could then lay hold for support and consolation on the well-known declarations and the acknowledged truths that (l) the Captain of our salvation was made “perfect through sufferings,” and “learned obedience by the things that He suffered” (Heb. 2:10; 5:8) – that (2) the apostle “gloried in tribulations, knowing that tribulation worketh patience, and patience experience, and experience hope” — even a hope which “maketh not ashamed” (Rom. 5:5), that (3) he could describe himself “as sorrowful – yet always rejoicing; as poor, yet making many rich; as having nothing – and yet possessing all things” (2 Cor. 6:10).

DO WE DARE TO BEAR THE SAD RESULTS OF DISOBEDIENCE TO HIS COMMAND?

But a family that is left by our own labor and contrivance in a situation in which, as our blessed Lord himself declares, it is all but impossible that they should be saved, presents an object of contemplation widely different.  Faith can only lay hold of the fearful declaration, “It is easier for a camel to go through the eye of a needle than for those who have riches to enter into the Kingdom of God.” *  If the situation of such a family is irretrievably fixed, and that by our own exertions, the contemplation of it may well bring alarm, sadness and distress upon the last hours of a Christian parent.  And these feelings may well rise to anguish if he is conscious that his system of accumulating wealth was carried on in defiance of solemn admonitions.  They may well rise to anguish as he remembers that if that money had been lovingly dedicated day by day as a tribute to his Lord and King, it might have been the means of feeding with the bread of life some of the hundreds of millions who lie in darkness, hopelessness and sin, because the Sun of Righteousness has not yet arisen on them with healing in His wings.

this entire book in PDF format is available free of charge to any who desire to read it. It is not to be sold, but freely shared. Email requests should be directed to asambleabiblicabetel (followed by the @ sign) and then gmail.com (we write this way to keep robotic programs from using the email)