The Storms of Life

Saints In Storms At Sea 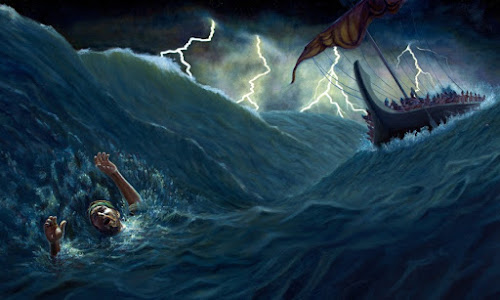 Jonah went onboard a cargo ship in the Mediterranean, “to flee unto Tarshish from the presence of the Lord” (Jon. 1:3). He was at sea because of his disobedience to the clearly revealed will of God (Jon. 1:1-2). He is rightly criticized for this gross error in judgment, and yet, frankly many Christians do similar things. Knowing clearly what God’s Word says they should do, they rationalize and do the opposite. Their problem is not lack of information but excessive reasoning and a self-governing spirit, and trouble comes.

Jonah’s disobedience brought a storm from God (Jon. 1:4) that caused great distress and loss to the mariners, whose only mistake was allowing him aboard. How many times do disobedient Christians cause distress and loss to those around them? And he didn’t even pray, but slept, until they called upon him to arise and pray. The solution for those poor pagan sailors was to toss Jonah into the sea and let God deal with him there, and He did! 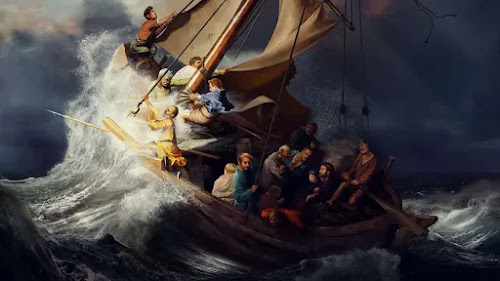 The disciples took the Lord with them on their fishing boat, to cross the Sea of Galilee. They were not fleeing the presence of the Lord as Jonah had done. The Lord was with them in the boat! Matthew 8:23 informs us that He entered into the boat and the disciples followed Him. They were there following Christ, and still, trouble came calling. “Behold, there arose a great tempest in the sea, insomuch that the ship was covered with the waves” (Matt. 8:24). So it is in our lives as well, we can be walking in fellowship with the Lord, doing His will, and still great troubles come suddenly upon us through no fault of ours. It is not chastisement as with Jonah, but a trial of faith the God has allowed.

Storms, even sudden and violent ones, on the Sea of Galilee are nothing new, but that storm on Galilee was not ordinary. It came suddenly and unexpectedly upon them with great force, and even though there were seasoned fishermen on board, they feared for their lives. We cannot be certain, but it is possible that that storm was stirred up and sent by Satan. He sent sudden great winds to collapse Job’s eldest son’s house and kill all Job’s children in one awful blow. Whatever the origin of the storm on Galilee, the Lord knew about it and yet slept in the boat (v. 24). That should have told the disciples something. Likewise with us, storms of life, upheavals and threats of loss or death can assail us, even when we are walking in fellowship with the Lord. These are not divine punishments, but trials allowed to test us and strengthen our faith (Rom. 5:3; Jas. 1:2-3).

The disciples cried out to the Lord (Matt. 8:25), “Lord, save us, we perish!”  They knew who to turn to and so should we. First He rebuked them for their little faith, because they were mistaken about perishing with Him in the boat. “Why are ye fearful, O ye of little faith?” (v. 26). Fear is not born of faith. Then he arose, rebuked the winds and the sea, and there was a great calm (v. 27). In the trials that come upon us in life the Lord is near, and will not forsake us. The winds and the waves must obey Him, and how much more obedient should we be, since we love Him and He loves us! Be of good cheer! We can bear up under trial knowing we are “in the boat with Him”. Mary Baker composed this beautiful hymn that expresses this truth and our hope.

Master, the tempest is raging! The billows are tossing high!

The sky is o’ershadowed with blackness, No shelter or help is nigh;

Carest Thou not that we perish? How canst Thou lie asleep,

When each moment so madly is threatening A grave in the angry deep?

The winds and the waves shall obey Thy will, Peace, be still!

Whether the wrath of the storm tossed sea, Or demons or men, or whatever it be

No waters can swallow the ship where lies the Master of ocean, and earth, and skies;

They all shall sweetly obey Thy will, Peace, peace, be still! 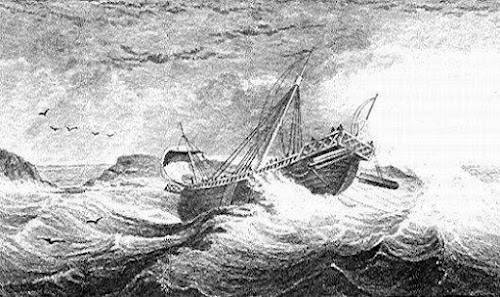 Paul, unlike Jonah, was also in a ship on the Mediterranean, which the Romans had made him board with other prisoners headed to Rome. In Acts 23:11 the Lord had told him, “so must thou bear witness of me in Rome.”  But as they went, “there arose against it a tempestuous wind, called Euroclydon” (Acts 27:14). They were “exceedingly tossed with a tempest” (v. 18). Matters only grew worse; “neither sun nor stars in many days appeared, and no small tempest lay on us, all hope that we should be saved was then taken away” (v. 20). The sailors had no hope. The soldiers had no hope. The other prisoners had no hope. Death stalked the ship!

Then Paul spoke. He alone had a message of hope: “there stood by me this night the angel of God, whose I am, and whom I serve, saying, Fear not, Paul; thou must be brought before Caesar: and, lo, God hath given thee all them that sail with thee” (vv. 23-24). As it turns out, they were sailing with Paul, and the Lord was in control!  “Wherefore, sirs, be of good cheer: for I believe God, that it shall be even as it was told me” (v. 25). The circumstances were difficult, threatening, even hopeless to the natural mind, but God was in control, though Paul was the only one who knew it. His experiences gave weight to his words to the Corinthians. “Thrice I suffered shipwreck, a night and a day I have been in the deep...in perils of waters” (2 Co. 11:25). And yet, the Lord never forsook him. There is a lesson in that for us.

Brethren, though we are believers, we are sometimes subjected to the same storms and trials and difficulties as those around us. We can be “exceedingly tossed” and in situations where humanly speaking there is no hope. And yet, unlike the unsaved, we are the ones with hope. Christians are subject to trials but their response is not like the unsaved. Paul gave witness to God in the situation when everyone else was despairing. May we learn to do the same in life’s storms, since God’s grace is also sufficient for us. “Even the wind and the sea obey him” (Mr. 4:31).

“They that go down to the sea in ships, that do business in great waters; These see the works of the LORD, and his wonders in the deep. For he commandeth, and raiseth the stormy wind, which lifteth up the waves thereof. They mount up to the heaven, they go down again to the depths: their soul is melted because of trouble. They reel to and fro, and stagger like a drunken man, and are at their wits' end. Then they cry unto the LORD in their trouble, and he bringeth them out of their distresses. He maketh the storm a calm, so that the waves thereof are still. Then are they glad because they be quiet; so he bringeth them unto their desired haven. Oh that men would praise the LORD for his goodness, and for his wonderful works to the children of men!” (Psalm 107:23-31). 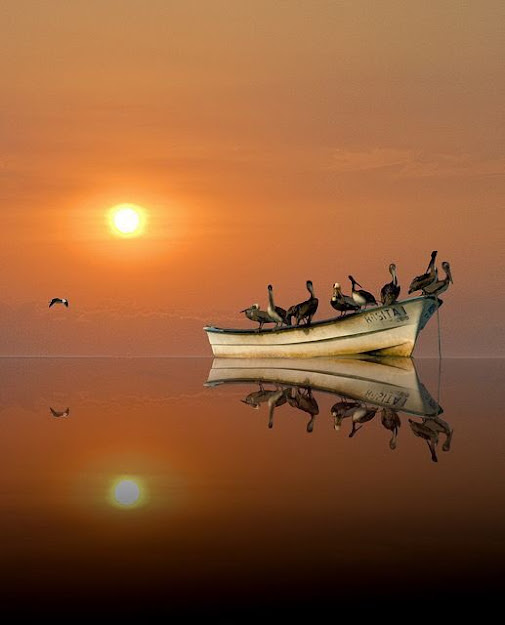