WHERE IS THE PROPHET? 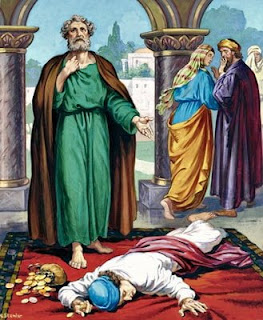 by Donald Norbie - Greeley, CO     The pristine glory of the early church is sullied by the hypocrisy of Ananias. He and his wife plan to make a show of generosity to the Lord, but to secretly withhold part of the sale price of their property. Oh, the bewitching power of Mammon!     In many situations it would have gone undiscovered. Christians would have rejoiced over their generosity and they would have smugly smiled. But the piercing discernment of prophecy flowed in that congregation. Peter confronts Ananias in the moment of truth. With blazing eyes and cutting words Peter says, "You have not lied to men but to God" (Acts 5:4), and Ananias falls dead at Peter's feet.     Awesome, isn't it? God's holiness is proclaimed and man's hypocrisy is laid bare. No wonder fear and reverence gripped the whole assembly. Their God was not a God with whom to trifle.     Today sin may go undiscovered for years in a congregation, or if known it is quietly ignored. People
Read more

SHOULD CHRISTIANS BE VEGETARIANS? 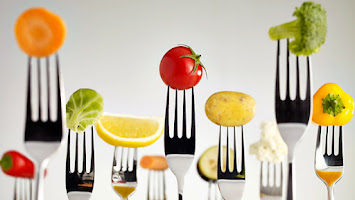 Carl Knott   Vegetarianism is popular trend today in many areas of the world. November 1 st has been declared the “universal day of vegetarianism.” Restaurants and food stores now offer meat-free menus, for example, a “veganburger”. One stricter form of it is “veganism”. Moderate vegetarians do not eat red meats, but do eat fish and seafood (pescatarians) or dairy and eggs (lacto-ovo vegetarians). Strict vegans would eat only plant-based products and avoid articles such as cleaning products or clothing derived from animals. Some people follow a semi vegetarian diet — also called a flexitarian diet — which is primarily a plant-based diet but includes meat, dairy, eggs, poultry and fish on occasion or in small quantities.” 1       Vegetarianism is strongly associated with a number of religions that originated in ancient India (Hinduism, Buddhism, Jainism) that advocate “ahimsa” (nonviolence). For example, Jainism, which abhors violence of all kinds, prescribes strict veg
Read more

Black History In The Bible - Ethiopians In Scripture 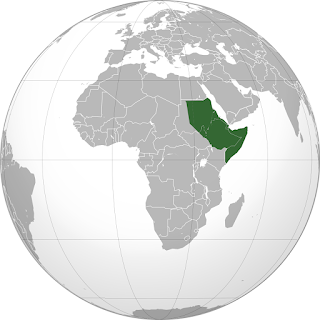 T he history of the Ethiopians begins in the times following the flood, out of which only eight people survived, Noah and his family. These eight people were the only humans in the entire planet, and all the peoples, nations and ethnic groups on Earth descend from the three sons of Noah and his wife, Shem, Japheth and Ham. All humanity is related, because we have common ancestors in Noah’s family.     The Ethiopians are descendants of Ham, Noah’s youngest son. Genesis 10:6 lists the four sons of Ham, and Cush 1 was his first. Cush, Noah’s grandson, had six sons (vv. 7-8), and the last was Nimrod. The name Cush in Hebrew ( vWK ) means black. 1 Chronicles 1:8-10 repeats the family tree and mentions Cush.      This etymological detail is important, because the word “Ethiopian” in the Old Testament is literally “cushite” in Hebrew. Thus we read in Jeremiah 13:23, “ Can the Ethiopian (literally “cushite”) change his skin, or the leopard his spots?” The ancient Greeks gave the name “A
Read more
More posts