Showing posts from 2009
Show all 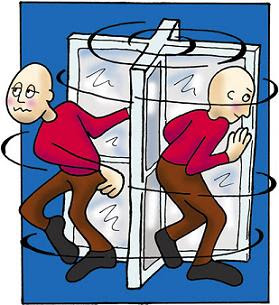 EVANGELICAL DILEMMA By William MacDonald T HERE IS A CURIOUS PROBLEM TODAY in the evangelical world-one that poses sobering questions for the church and for the individual believer. The problem in brief is this: a great army of personal soul-winners has been mobilized to reach the populace for Christ. They are earnest, zealous, enthusiastic, and persuasive. To their credit it must be said that they are on the job. And it is one of the phenomena of our times that they rack up an astounding number of conversions. Everything so far seems to be on the plus side. But the problem is this. The conversions do not stick. The fruit does not remain. Six months later there is nothing to be seen for all the aggressive evangelism. The capsule technique of soul winning has produced stillbirths. What lies at the back of all this malpractice in bringing souls to the birth? Strangely enough it begins with the valid determination to preach the pure gospel of the grace of God. We want to keep the mes
Read more

August 03, 2009
From John Newton's Letters: True patriotism! Dear friend, Allow me to say, that it excites both my wonder and concern, that a Christian minister such as yourself, should think it worth his while to attempt political reforms. When I look around upon the present state of the nation, such an attempt appears to me, to be no less vain and foolish, than it would be to paint the cabin--while the ship is sinking! Or to decorate the parlor--while the house is on fire! When our Lord Jesus was upon earth, He refused to get involved in disputes or politics, "Friend, who appointed Me a judge or arbitrator over you?" Luke 12:14. "My kingdom is not of this world! If My kingdom were of this world, My servants would fight!" John 18:36. God's children belong to a kingdom which is not of this world; they are strangers and pilgrims upon earth, and a part of their Scriptural character is, that they are the "quiet in the land." Psalm 35:19. Satan has many contriv
Read more

A Warning to Christians Tempted by Politics 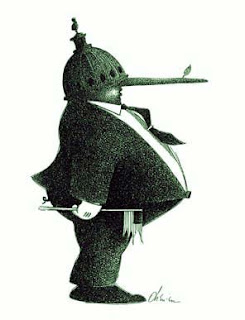 Sad to say, we have known men who seriously considered abandoning the shepherding of the church in order to run for political office. Is this not like the hireling of John 10 who does not care for the sheep? We have known men and women who would not go door to door doing gospel work, but who would give hundreds of hours to political campaigning, door to door voter registration, and spend who-knows-how-much money and time on the campaigns of their favorite political party. The professing Christian should ask himself, is the hope of the world to be found in politics, and can politics solve the really important problems? Did Christ or the Apostles get involved in politics? Consider the excellent answer of my friend and mentor William MacDonald, who has been promoted to glory. THE WORLD OF POLITICS by William MacDonald Now let us think of the world of politics. We often hear the well-worn argument, "All that is necessary for evil to triumph is for good men to do nothing."
Read more

by Tal Brooke written in 1992 As we plunge through the 1990s to cross the year 2000. let us assess where we have come as a nation in the last 150 years. One telling indicator of our 'accumulated moral and intellectual capital. would be to see how far we have gone beyond the old one-room schoolhouse and its biblically based (or, these days, “biased”) McGuffey's Reader Modern educators tell us that legions of gifted minds in the higher academy have spent a century and a half since that simpler era producing a wealth of impressive facts and discoveries. from quasars to lasers. Great universities have taken on the great questions, (Issues of the whys and wherefores of existence have had a more open-ended “back-seat” treatment). Today's education has inherited this mountain of accumulated knowledge. To fully appreciate where modern advances have taken us. we should consider what high school students were studying 150 years ago in some sample classroom reading: If you
Read more
March 26, 2009
A Saint "Listen, O isles, unto me; and hearken, ye people, from far; The Lord hath called me from the womb ... and he hath made my mouth like a sharp sword" (Isaiah 49:1-2). A saint is made by God, 'He made me.' Then do not tell God He is a bungling workman. We do that whenever we say 'I can't.' To say 'I can't' literally means we are too strong in ourselves to depend on God. 'I can't pray in public; I can't talk in the open air.' Substitute 'I won't', and it will be nearer the truth. The thing that makes us say 'I can't is that we forget that we must rely entirely on the creative purpose of God and on this characteristic of perfect finish for God. Much of our difficulty comes because we choose our own work – 'Oh well, this is what I am fitted for.' Remember that Jesus took a fisherman and turned him into a shepherd. That is symbolic of what He does all the time. The idea that we have to
Read more 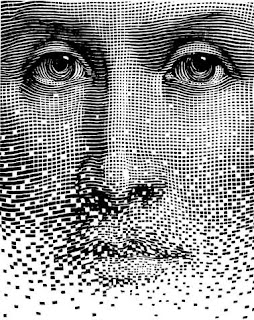 A few years after I was born, my Dad met a stranger who was new to our small Texas town. From the beginning, Dad was fascinated with this enchanting newcomer and soon invited him to live with our family. The stranger was quickly accepted and was around from then on. As I grew up, I never questioned his place in my family. In my young mind, he had a special niche. My parents were complementary instructors: Mom taught me good from evil, and Dad taught me to obey. But the stranger...he was our storyteller. He would keep us spellbound for hours on end with adventures, mysteries and comedies. If I wanted to know anything about politics, history or science, he always knew the answers about the past, understood the present and even seemed able to predict the future! He took my family to the first major league ball game. He made me laugh, and he made me cry. The stranger never stopped talking, but Dad didn't seem to mind. Sometimes, Mom would get up quietly while the rest o
Read more
More posts