Showing posts from January, 2016
Show all

God...now commands all men everywhere to repent: because He hath appointed a day, in the which He will judge the world in righteousness" (Acts 17:30-31). Paul continues in Athens describing the true God and exhorting the Athenians that their thoughts about God were wrong - the true God was not a benign God that smiled on their sin and lifestyle; He was a holy God who commanded repentance and warned of coming judgment to the unrepentant sinner. God Now We can almost hear the educated audience of Athens say, "it is not wise to create that sense of urgency Paul." "Do not use the world 'now.'" "There is plenty of time."  Today the response is no different. Paul was no salesman; his interest was not in mass hysteria on a sham message but real conversion before the truth of a holy God in the light of coming judgment. He could not promise tomorrow. The message is still, " Now is the accepted time; behold now is the day of salvatio
Read more 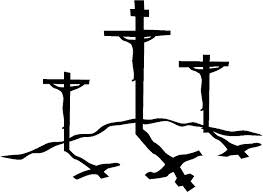 Thousands Forget There Were Two     “Oh, of course, I intend to be saved sometime, but there is no use being in a hurry about it. There is always a chance, even at the eleventh hour. Remember the dying thief,” a young man said carelessly when spoken to about his soul at the close of a gospel meeting.     “Which thief?” he was asked.     “Why, I had really forgotten there were two. I mean the saved one,” was the reply, as an anxious expression came over his face.        “Yes, one was saved, and is in heaven now. The other, who had an equal opportunity for salvation, is wailing in hell. What guarantee do you have that you will not spend eternity as he will, rather than as the other?”     It was a word fitly spoken, an arrow that pierced his conscience. The young man was led to see the folly of further procrastination, and that night he was saved for eternity, through repenting of his sins and trusting the Lord Jesus Christ as his personal Saviour and Lord.     Thousands like him for
Read more
More posts