Showing posts from August, 2016
Show all

The Dangers of Too Much Liberty 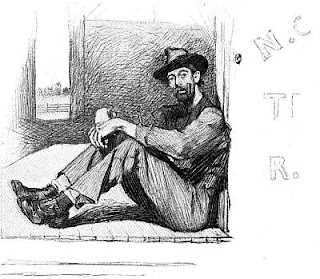 A. W. Tozer Freedom is liberty within bounds: liberty to obey holy laws, liberty to keep the commandments of Christ, to serve mankind, to develop to the full all the latent possibilities within our redeemed natures. True Christian liberty never sets us free to indulge our lusts or to follow our fallen impulses. The desire for unqualified freedom caused the fall of Lucifer and wrought the destruction of the angels that sinned. These sought freedom to do as they willed, and to get it they threw away the beautiful liberty that meant freedom to do the will of God. And the human race followed them in their tragic moral blunder.      To anyone who bothers to think a bit it should be evident that there is in the universe no such thing as absolute freedom. Only God is free. It is inherent in creaturehood that its freedom must be limited by the will of the Creator and the nature of the thing created. The glory of heaven lies in the character of the freedom enjoyed by thos
Read more

The Hopeless Brotherhood of Man 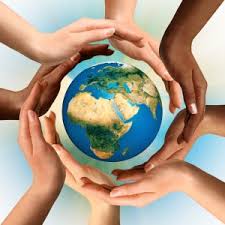 The human race is morally and spiritually fallen. The much-talked-of human brotherhood is a brotherhood of fallen men. Should the hope expressed in the sticky little song be realized and "the world become one through a prayer" it would still be a lost world. Were the United Nations truly united they would still be but a confederation of nations in rebellion against God.      The very idea of human brotherhood, about which large numbers of pseudo-philosophers bleat so plaintively these days, rather than bringing us comfort, should throw the fear of God into us, for the Apostle Paul was long ago inspired to write, "Just as sin entered the world through one man, and death through sin, and in this way death came to all men, because all sinned" (Romans 5:12). The unity of mankind with itself means universal condemnation for all its members.      Strange as it may seem, hope for all of us lies not in huddling up to the human race but in renouncing allegian
Read more

The Vital Place of the Church

August 24, 2016
The highest expression of the will of God in this ages is the church which He purchased with His own blood. To be scripturally valid any religious activity must be part of the church. Let it be clearly stated that there can be no service acceptable to God in this age that does not center in and spring out of the church. Bible schools, tract societies, Christian business men's committees, seminaries and the many independent groups working at one or another phase of religion need to check themselves reverently and courageously, for they have no true spiritual significance outside of or apart from the church.      According to the Scriptures the church is the habitation of God through the Spirit, and as such is the most important organism beneath the sun. She is not one more good institution along with the home, the state, and the school; she is the most vital of all institutions - the only one that can claim a heavenly origin. A. W. Tozer, GOD TELLS THE MAN THAT CARES, Chr
Read more

The Old Cross and the New 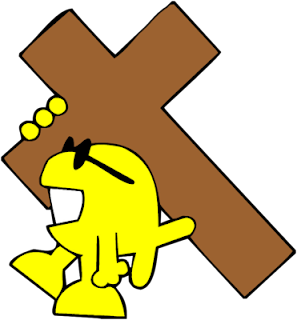 The Old Cross and the New ALL UNANNOUNCED AND MOSTLY UNDETECTED there has come in modern times a new cross into popular evangelical circles. It is like the old cross, but different: the likenesses are superficial; the differences, fundamental.      From this new cross has sprung a new philosophy of the Christian life, and from that new philosophy has come a new evangelical technique - a new type of meeting and a new kind of preaching. This new evangelism employs the same language as the old, but its content is not the same and its emphasis not as before.      The old cross would have no truck with the world. For Adam's proud flesh it meant the end of the journey. It carried into effect the sentence imposed by the law of Sinai. The new cross is not opposed to the human race; rather, it is a friendly pal and, if understood aright, it is the source of oceans of good clean fun and innocent enjoyment. It lets Adam live without interference. His life motivation is unc
Read more 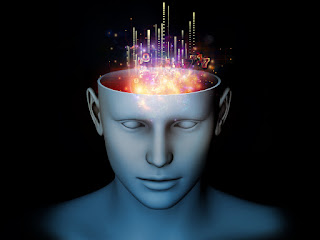 by Mel and Gloria Bowers     “And the children of Israel did evil in the sight of the LORD... And they forsook the LORD, and served Baal and Ashtaroth. And the anger of the LORD was hot against Israel, and he delivered them into the hands of spoilers that spoiled them, and he sold them into the hands of their enemies round about, so that they could not any longer stand before their enemies” (Judges 2:11-14).     “God is love” (John 4:8). God is also loving and kind and compassionate (Lam. 3:22-23). But God is, above all and through all, Holy! (1 Pet. 1:15). As His ambassadors in this wicked and perverse generation (Phil. 2:15), He has called us to Holiness  – a reflection of His Holiness  – as well (1 Pet. 1:15). Because He is God and because He is Holy, He had no choice but to “deliver them (His disobedient sons) into the hands of spoilers that spoiled them... so that they could no longer stand before their enemies.”     The Church of Jesus Christ is being plu
Read more 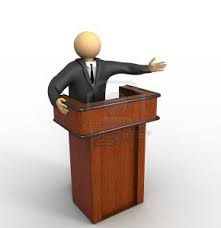 A. W. Tozer Many of our best-known preachers and teachers have developed ventriloquial tongues and can not make their voices come from any direction. They have surrendered the traditional categories of religious thought. For them there is no black or white, there is only gray. Anyone who makes a claim to having "accepted Christ" is admitted at once into the goodly fellowship of the prophets and the glorious company of the apostles regardless of the worldliness of his life or vagueness of his doctrinal beliefs.      I have listened to certain speakers and have recognized the ingredients that went to make up their teachings. A bit of Freud, a dash of Émile Coué, a lot of watered-down humanism, tender chucks of Emersonian transcendentalism, auto-suggestion á la Dale Carnegie, plenty of hopefulness and religious sentimentality, but nothing hard and sharp and specific. Nothing of the either/or of Christ and Peter and Paul. None of the "Who is on the LORD'S side&q
Read more

A Sense of Sin 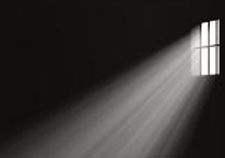 It is neither truthful, helpful nor spiritual to explain away sin or blame it on others. The Holy Spirit convicts of sin, righteousness and judgment (Jn. 14:8).  F. E. Marsh wrote: "He who knows not the Spirit's operation will not experience the saving of grace. . . A sense of sin is the starting point in the work of grace. The very first thing the Holy Spirit produces in the soul is a consciousness of the evil of sin. Where this is lacking His grace is wanting. Samuel Rutherford, in writing to one, says: ‘Many are beguiled with this, that they are free of scandalous and crying abominations; but the tree that bringeth not forth good fruit is for the fire. The man that is not born again cannot enter the kingdom of heaven. Common honesty will not take men to heaven. Alas, that men should think that ever they met with Christ, who never had a sick night, through the terrors of God on their souls, or a sore heart for [because of] sin.’ A sense of darkness and emptiness is th
Read more
More posts