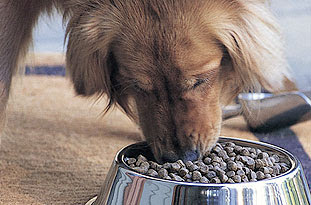 Giving Thanks For Meals Dr. H. A. Ironside used to tell of an experience he once had at a restaurant. He ordered his meal and just as he was about to eat a man walked up to his table and said, "Do you mind if I sit down with you?" Dr. Ironside said, "No," it was quite all right, so the man sat down. As was his custom Dr. Ironside bowed his head and said a silent word of thanksgiving to the Lord before he ate. When he lifted up his head, the man said to him, "Do you have a headache?" Ironside said, "No, I don't." The man said, "Well, is there anything wrong with your food?" Ironside said, "No, why?" "Well," the man said, "I saw you sitting there with your head down and I thought you must be sick, or there was something wrong with your food." Ironside replied, "No, I was simply returning thanks to God as I always do before I eat." The man said, "Oh, you're one of those, are you? Well
Read more

WHO IS THE GOOD SAMARITAN IN THE LORD'S PARABLE? 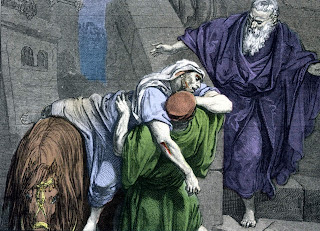 WHO WAS THE GOOD SAMARITAN IN JESUS’ PARABLE? One of Jesus’ best-known parables is that of the Good Samaritan in Luke chapter 10. It seems on the surface to be a simple story extolling the virtues of going out of one’s way to help those in need and distress, and indeed the responsibilities of godly people to do this. This no religious or moral person would question. Theologically, however, evangelicals would part with those of a more liberal position in seeing more than this in the parable. A parable being “an earthly story with a heavenly meaning,” the meaning one gets from it depends importantly on the identification he makes with the story’s characters. The theological liberal has no hesitation in identifying with the Samaritan, who ministered to the poor man the robbers had attacked and left to die, while the priest and Levite passed by. “The meaning of the parable is right on the surface,” he would say – “you’re supposed to help those in need.” Just so, we evangelic
Read more