Showing posts from October, 2015
Show all

The Christmas That Jesus Came To My House

THE CHRISTMAS JESUS CAME   TO MY HOUSE by Carl T. Knott, Jr. illustrations by Emily R. Knott It was the first morning of the Christmas holidays. My wife and children had just left for some last-minute gift shopping. I sat quietly at my desk addressing Christmas cards while "Silver Bells" played on my stereo. It was then that I heard a knock on the front door. I put down the pen and listened. There it was again. Who could that be? A friend dropping by for a visit? Maybe bringing a gift? The mailman with a holiday package? One of the neighborhood children? I turned down the stereo, walked to the door, and opened it. There He was. He didn't look like the Bible storybook pictures of Him. He was different, yet, somehow I sensed instantly who He was. Maybe it was the look in His eyes. But when I extended my hand to shake His, I was absolutely certain... nail prints! "Lord!" I fell on my face in awe, surprise, humiliation, and worship. His hand gentl
Read more

The Danger of Neglect 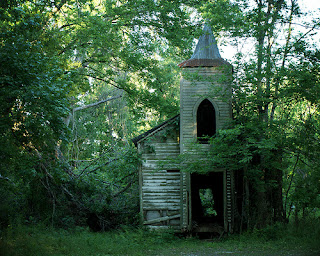 by A. W. Tozer "The neglected heart will soon be a heart overrun with worldly thoughts; the neglected life will soon become a moral chaos; the church that is not jealously protected by mighty intercession and sacrificial labors will before long become the abode of every evil bird and the hiding place for unsuspected corruption. The creeping wilderness will soon take over that church that trusts in its own strength and forgets to watch and pray."
Read more

A Christian Is Not A Spiritual Jew 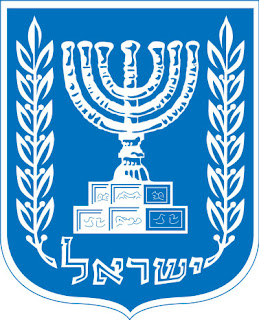 by Dr. Daniel Fuchs A Christian is not a “a spiritual Jew” and the Church is not Israel. This year [ 1980 ] Israel celebrates her 32nd birthday. Actually she is celebrating her 3741st birthday! There has never been an interruption of continuity of the Abrahamic Covenant. God's covenant with Abraham has always been valid and it has never been transferred.     A large section of the Christian church, including many devout Bible-believing scholars, many evangelical denominations, and even some premillennialists, are deluded with the idea that because Israel nationally rejected their Messiah, her privileges were forfeited. They mistakenly think that God's purpose to bless the world through Abraham's natural seed has been transferred to the Church which they say without any biblical basis is the “spiritual Israel. ”       According to their reasoning, the “spiritual Israel” - the Church - has superseded the national Israel. In other words, God's pro
Read more

The Only Government Worth Working For

by J. A. Seiss       “All earthly governments, principalities, and powers, from the beginning until now, are uniformly represented in the Scriptures as wild beasts, having no lawful owner, and full of destructive savageness and offensive uncleanness. A lion with eagle’s wings, a bear crunching bones and flesh, a four-winged and four-headed leopard, a nondescript with many horns, dreadful and terrible and strong exceedingly, having great iron teeth to devour and break in pieces; these are the prophetic symbols of the greatest and most lauded of them. Even the premiership of Daniel himself in one of them does not alter its general character. It is but folly and fanaticism for men to talk of Christian states and governments in this world...earthly states and governments themselves are not Christian, and in the nature of things cannot be. They are all the products of devastated nature’s wilds, and full of savage nature’s passions and ungodliness. Fix it as we may, such is the re
Read more

The Law & The Christian's Relationship To It 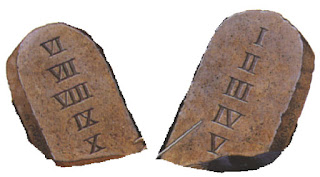 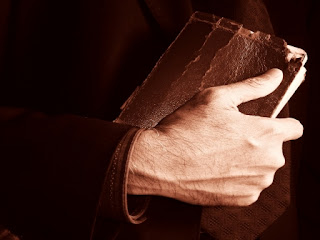 by Gordon Wakefield     The commendation to full-time Christian service of increasing numbers of young people appears to be a growing practice. While it may be a cause for praise to God that in an exaggeratedly material age there are evidences of young people who want to live their lives for God, I would like to make a few recommendations to elders and the assemblies under their care.      It may be that another growing phenomenon in Christian circles, that of sending out short-term teams of eager young people, has contributed to a relaxing of standards when it comes to considering more long-term commendations. It is not infrequent that a young person who well might not have asked for, nor have been granted, commendation to the Lord’s work full-time has received the blessing of his local assembly to join a summer or other short-term team devoted to activities such as construction, literature distribution, or similar activity under the direction of veteran leaders.
Read more

October 01, 2015
by Donald Norbie (taken from the October issue of Milk & Honey)   http://www.stw1982.com/2015.html “Take heed unto thyself and to the doctrine.” 1 Tim. 4:16, KJV       Our words reveal our thinking. Accurate, clear thinking will be evidenced by a careful use of terms and language.     We cannot think without words. If one should say, “Red China is a democracy,” we would say he reveals careless thinking. Either he does not know what the word democracy connotes or else he is ignorant of the true condition of mainland China. In either case his thinking is in error, and his words reveal that.     Today in some areas sloppy thinking is coming into assemblies. It is revealed in the terms we use. Some may say, “Let’s not be picky about words!” But words reveal our thinking, our concepts. The accurate use of words reveals our thinking, our concepts. The accurate use of words is important in the definition and teaching of doctrine in our fellowships. It would be folly to say that
Read more
More posts