Showing posts from April, 2019
Show all

The god of this world 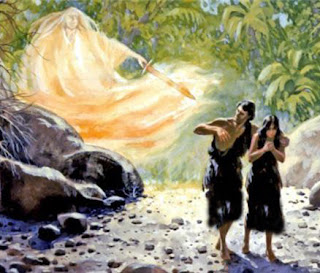 Scripture says that the state of humanity in all its phases is the result of an experimental career upon which the parents of the race embarked without the sanction of God and in violation of His express command. It tells us further that the conception of this experiment did not originate with man, but was prompted by a spiritual being of great wisdom and power, who aimed to be man's leader in spiritual matters and to direct his career. We were not told what were the full results which Satan hoped to accomplish by alienating the human race from God and attaching it to himself, but we do know that he seeks to be worshipped (Luke iv. 6, 7; Rev. xiii. 4). It is, moreover, evident that his plan did not disclose as its object the destruction or injury of the race, but that, on the contrary, he represented himself as solicitous for the well-being of humanity, and for the achievement by it of the best possible results that are attainable apart from God.     Because of ignorance of
Read more
More posts